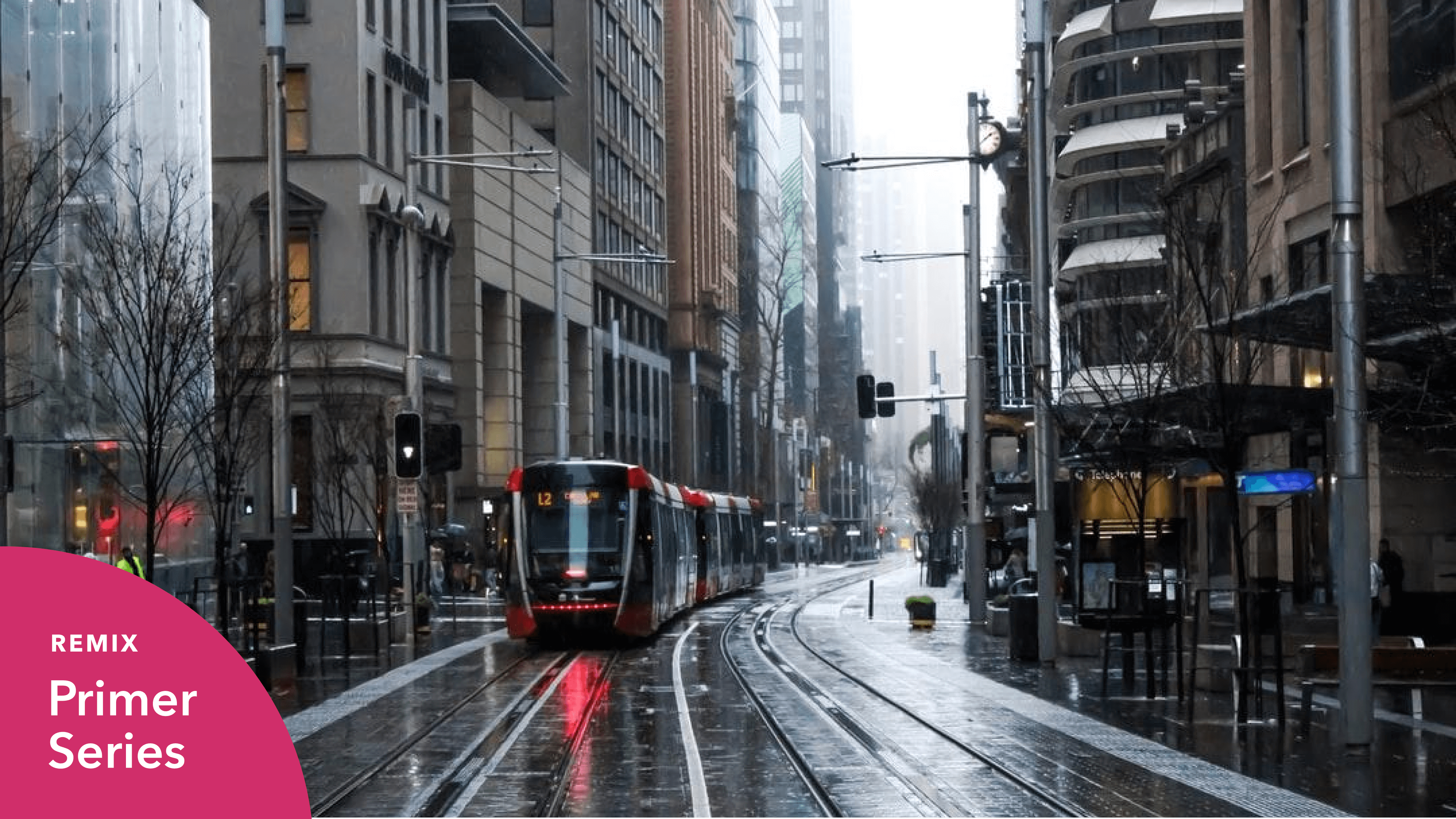 Public transportation is nothing new, but with modern technology, cities can create better infrastructures like never before. Public transit systems throughout the United States continue to improve and include a range of transportation options: buses, trains, light rail, subways, streetcars, trolleys, ferries, and even water taxis.

We will highlight why public transportation is critical specially for large cities, the top 10 public transport systems in the U.S. today, and what city planners can learn from these cities when creating their own strategies for success.

There are a few key reasons why transit is so important. Society depends on facilitating people to get around cities other than by foot or car. Transportation options like subways can significantly improve people’s average commute times, helping them more efficiently travel around the city and get to work.

People can also spend much less on commuting. According to AAA, owning and maintaining a vehicle costs an average of $9,282 each year, which is significantly higher than paying for a transit pass. For example, in New York City, an unlimited Metrocard costs $127 per month, which comes to just $1,524 per year.

Public transportation is also energy-efficient, which is an ongoing consideration for transit agencies and city planners. Think of all the millions of people who take public transit every day. Then, think of how many individual vehicles would be on the roads each morning and evening if those people did not use the trains or buses available to them. City transit reduces each person’s carbon footprint and makes cities much more sustainable.‌

Another big reason that city transportation is so important: safety. One study from the American Public Transportation Association (APTA) showed that taking public transit decreases the chances of someone being in an accident by over 90 percent when compared to driving.

This significant number is largely because public systems don’t have to deal with a lot of traffic congestion, nor concerns about impaired driving or driving under the influence. Commuters taking the bus or train can do other things while they ride public transit instead of driving while distracted. ‌

Public transportation keeps cities moving, keeps people safe, and helps reduce carbon emissions. It’s crucial that urban planners consider all of these benefits to ensure their transit systems implement best practices and operate at high functionality. Unfortunately, many transit agencies across the country are underfunded or short-staffed, so it’s important that these organizations are as efficient and knowledgeable as possible.‌

Let’s walk through the 10 cities with the best public transportation in the U.S. so that transit planners can learn from their successes.

Because Portland, Oregon, residents care a lot about the environment, it's no surprise that they have a pretty great city transportation infrastructure. They have a bus and rail system (known as TriMet), and residents and visitors alike can easily get around the city for cheap fare.

There is a light rail line that runs to the airport, and both buses and trains run around every 15 minutes each day. The city also has a Hop Fastpass app which makes it easy to manage fares and pay for rides from a smartphone. All transit stations in Portland are ADA accessible, another big plus.

Commuters in Pittsburgh can take advantage of both bus rides and an underground light rail, which is known as the T. A one-way ride on a bus or train is $2.50 if riders have a ConnectCard, or if they pay cash it’s $2.75.

All of Pittsburgh’s buses and light rail vehicles are accessible with ramps or lifts. There are 53 T stations, and the T runs from 5 a.m. until midnight each day. When waiting for the bus, users can get alerts via text with TrueTime-to-Text to find out when a bus is coming‌.

Denver has a great system set up for public transit, with 68.4% of residents approving of the infrastructure. All stations are ADA accessible, and the city has both bus and rail options for riders, with over 125 bus routes. These systems connect easily to the airport and sports stadiums.

Rail rides can range from $2.60 to $9.00 depending on the length of the ride, and day passes cost $5.20 for bus or rail for local service. This system is fairly straightforward and helps people get across the vast city each day with minimal effort.

The smaller city of Madison, Wisconsin, is home to the University of Wisconsin and is a great place for families to settle down. Their Metro transportation system is an example of a bus-only transportation strategy that functions well for residents, visitors, and university students.

The city’s transportation team is redesigning the bus system, which supports about 12.9 million riders. The government is asking for community feedback to help improve the system as the city comes out of the pandemic. This kind of collaboration through community support and feedback is a great way to ensure that riders’ needs are being met.‌

Chicago is the nation’s third-largest city and has one of the best transit structures out there — the CTA. This system includes many different bus routes and train lines that connect all over the city, and 90.7% of residents approve of the transportation system. Chicago also has a robust Metra system of railways to connect to the many different suburbs so commuters can get into town without having to sit in heavy car traffic.

Ridership was down in 2020 because of the pandemic, but these systems normally support nearly 500 million people each year. The train system, known as the El because it is mostly on elevated tracks, has eight different routes designated by color with 145 train stations, many of which are ADA accessible. Getting around the windy city — including from both big airports, to downtown, and to the suburbs — is a breeze with the CTA. One-way trips cost $2.50 for the train and $2.25 for the bus.

The nation’s capital has a successful transit system that makes it easy to get around the main city center as well as commute from the suburbs and nearby regions. The city’s subway system is called the Metro, and there are also connecting MARC trains for Maryland riders and the VRE for those coming in from Virginia.

The subway usually takes on nearly 200 million trips each year; it is the second-largest system in the U.S. based on ridership. The bus system also takes on around 130 million trips every year. There are 91 Metro stations, so people can hop on from many different neighborhoods throughout the area.

Of course, we can’t talk about public transportation in America without mentioning New York City's Metro, the nation’s largest system. On an average weekday, the subway supports 5.5 million riders with almost 1.7 billion riders each year. There are 472 subway stations with Times Square being the busiest.

The city also has a successful bus system with 2.2 million riders on average per weekday. Over 77% of residents approve of the system, and over half of residents take public transit to commute, a higher percentage than any other U.S. city. New York also has a ferry system for commuters on top of its commuter trains, subways, and buses.

Supporting the largest city in the country, the Metro is a great example of how to coordinate so many moving parts for a successful transportation system.

Travelers to San Francisco love the city’s historic cable cars, but the city also has a bus system, a light rail system known as the BART, and the Muni, which is a municipal railway. The city uses a lot of electric power for its public transportation, making it more energy-efficient and economical than other cities.

There are about 220 million riders each day in San Francisco. Because traffic can be very congested, taking transit helps cut down the average commute time.

The Boston metro system includes a subway (known as the T), an extensive bus system, and a trolley car service. Over 30% of Boston residents use public transit to get to work. The T connects to the airport, Harvard, and other key locations throughout the area.

Boston has the fifth-largest mass transit system in the U.S. and serves over 4 million people across the region. Another plus of Boston’s system is that 20% of the electricity is bought from certified renewable energy sources.

Seattle can be a role model for many cities on successful transportation infrastructure. Even though Seattle isn’t the largest city by any means, its transportation system is robust and features rail, buses, streetcars, and water taxis.

A study from WalletHub found that Seattle’s ridership numbers continue to grow as the city expands its service. The company ranked Seattle number one when comparing transit systems across 100 cities in the U.S. based on accessibility, convenience, safety, reliability, and available resources. All of the city’s transit stations are ADA accessible‌.

Because Seattle is now the sixth most congested U.S. city, transit helps residents significantly decrease average commute times and provides a fast and easy way for visitors to get around.

What Transit Planners Can Learn

These 10 cities can show city planners a lot about what works in public transportation systems. Here is a walk-through of some of the most crucial components:‌

‌As more technologies are introduced into city infrastructure and the needs of riders continue to change, city planners should prioritize putting the customer first, considering what is most important to them when they ride public transit. It isn't easy to create such successful infrastructures as the aforementioned 10 cities, but with the right tools and staff behind it, every city can position itself to create a strategy that meets its population’s needs.