The Cycling Revolution: How 2020 Has Paved the Way for Bicycles 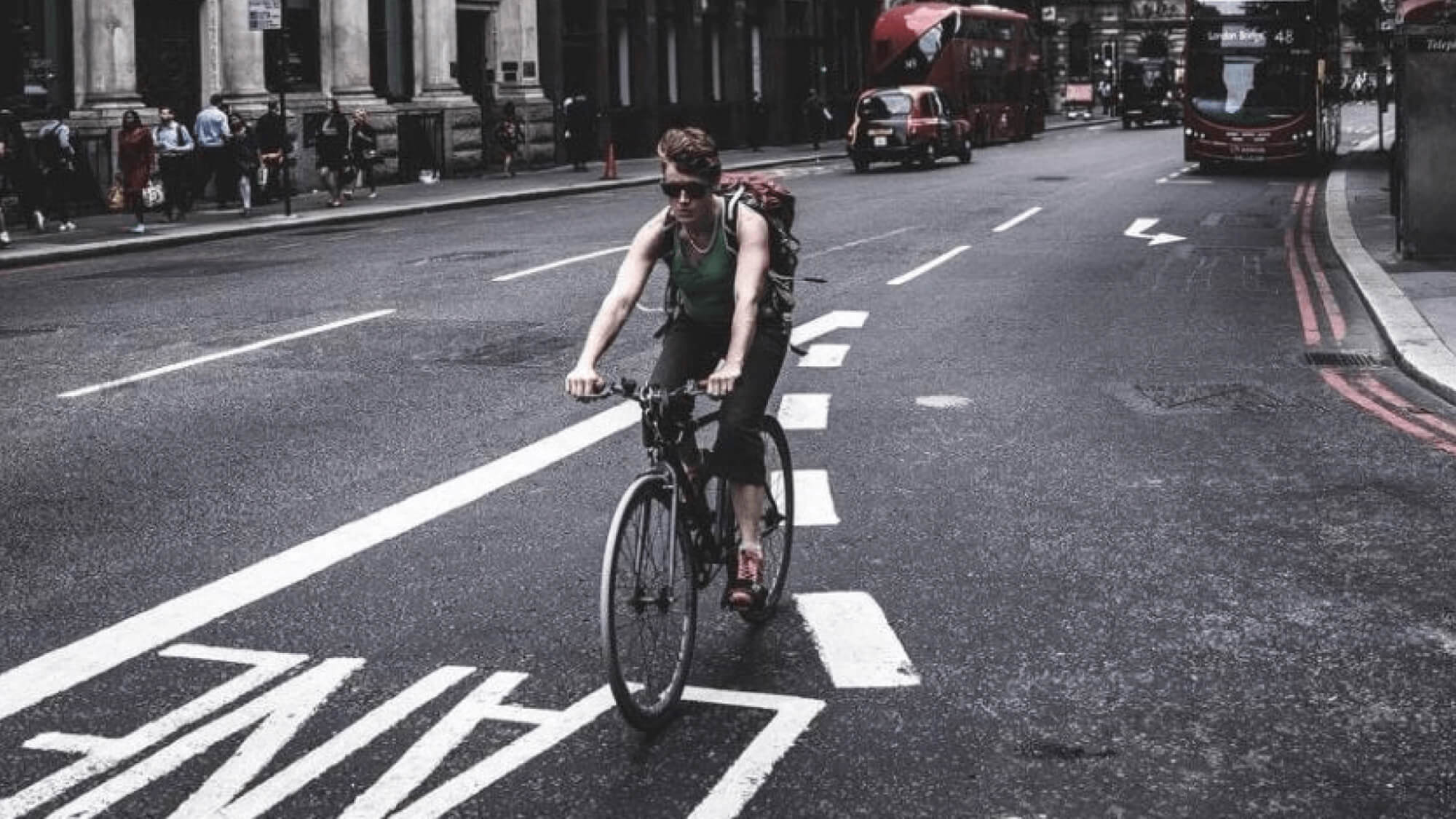 Across the world, 2020 has been the year of the bicycle. The COVID-19 pandemic created an urgent need to move people in new ways. In response, cycling advocates like Stein van Oosteren of France and Francesco Iacorossi of Italy have stepped up to offer solutions.

Stein van Oosteren is the Dutch-born spokesperson for the Collectif Vélo Île-de-France, a collective of 39 bicycle advocacy groups from the Paris region. Paris usually has 10 million movements a day on its public transit network, but when COVID hit, capacity dropped to 20% of its normal levels.

“Politicians had to use the bicycle because even the car was not a solution,” van Oosteren says. “Already, in a normal situation, the roads are congested. They’re 500 kilometers of traffic jam, or 300, every day.”

Van Oosteren and his collective responded by presenting a proposed network of bicycle lanes. With a solution put conveniently before them, and with the social pressure of the Collectif, local governments in the area began building these “Corona lanes.”

“Instead of talking for years and having a [lousy] bicycle lane,” van Oosteren says, "we created a bicycle lane immediately and then started the discussion about how to animate it.” This reversed and fast-tracked the typical process of bike lane development.

The same thing has happened in Rome where Francesco Iacorossi, project manager for Roma Servizi per la Mobilità and recently elected Bicycle Mayor of Rome, has mobilized citizens and introduced multiple bike lanes in a city that others have called too hilly and too big for biking.

Van Oosteren and Iacorossi discussed their work in a recent Remix webinar, “COVID and the Cycling Revolution.” Here are some of the highlights from the panelists.

The Logistics: Connecting the Dots

In many European cities, including Paris and Rome, bike lanes are not a new concept, but organization has been lacking and lanes have been disconnected.

“We realized that our problems were not so much in our cities but in between our cities. It’s the fact that there was no bicycle network in the region of Paris,” says van Oosteren, who calls the Parisian network of bicycle lanes “confetti.”

So van Oosteren and his team drew up the first regional network. Soon there were seven bike routes in roadways and two along rivers. The team called this new network the “RER-V,” named after the area’s network of express regional trains, the Réseau Express Régional.

“Our bicycle network is an exact copy of the railroad network,” van Oosteren points out. If you look at a map of the RER Paris and the RER-V, you can see the parallels clearly—the red A line of the RER tracks the same route as the RER-V’s A route, and the same is true for the other two routes. As van Oosteren says, this similarity helps people see the bike network as a means for transportation, not just recreation.

“We got people used to the idea that the bicycle is not only sport, but also transport,” says van Oosteren. Both he and Iacorossi, along with their teams, have done a lot of work promoting bicycle use to citizens and governments.

According to Iacorossi, mindset shift is one of the most important elements. He’s using pandemic-impacted transit needs to try and make cycling not just safer and more accessible, but also more mainstream. “Our common goal has to be, ‘Don’t go back to normal,’ because normal was the problem.”

He goes on to say, “The vast majority of the space is allocated for motorists. So-called vulnerable users are put on the margins of our roads and our society. We have to invert these trends.”

Iacorossi’s strategy is to focus on commuting routes, not just recreational, and to create transit pathways where riders of all ages feel safe.

Safety and the Perception of Safety

Peter Biczok, transport planner and technical lead for Remix, points out that “attracting the masses requires safe infrastructure. Not only statistically safe, but the one that also feels safe [for] the public.”

This has been a goal for both Iacorossi and van Oosteren. Iacorossi describes the Tuscolana bike lane in Italy, where planners moved the bus stop into the road to create space for pedestrians and cyclists. The change was cited as a best practice example in the National Association of City Transportation Officials’ Streets for Pandemic Response & Recovery guide.

In Paris, where there are numerous busy and complex roundabouts, van Oosteren and his team created protected bicycle pathways through the roundabout.

The bicycle infrastructure projects of Paris and Rome are examples of what cities can do when they emphasize bicycles and not just cars. Both Iacorossi and van Oosteren believe that the new cycling pathways will become permanent and only expand, even after COVID.