When It Comes to Shared Scooter Regulations, Cities Know Best 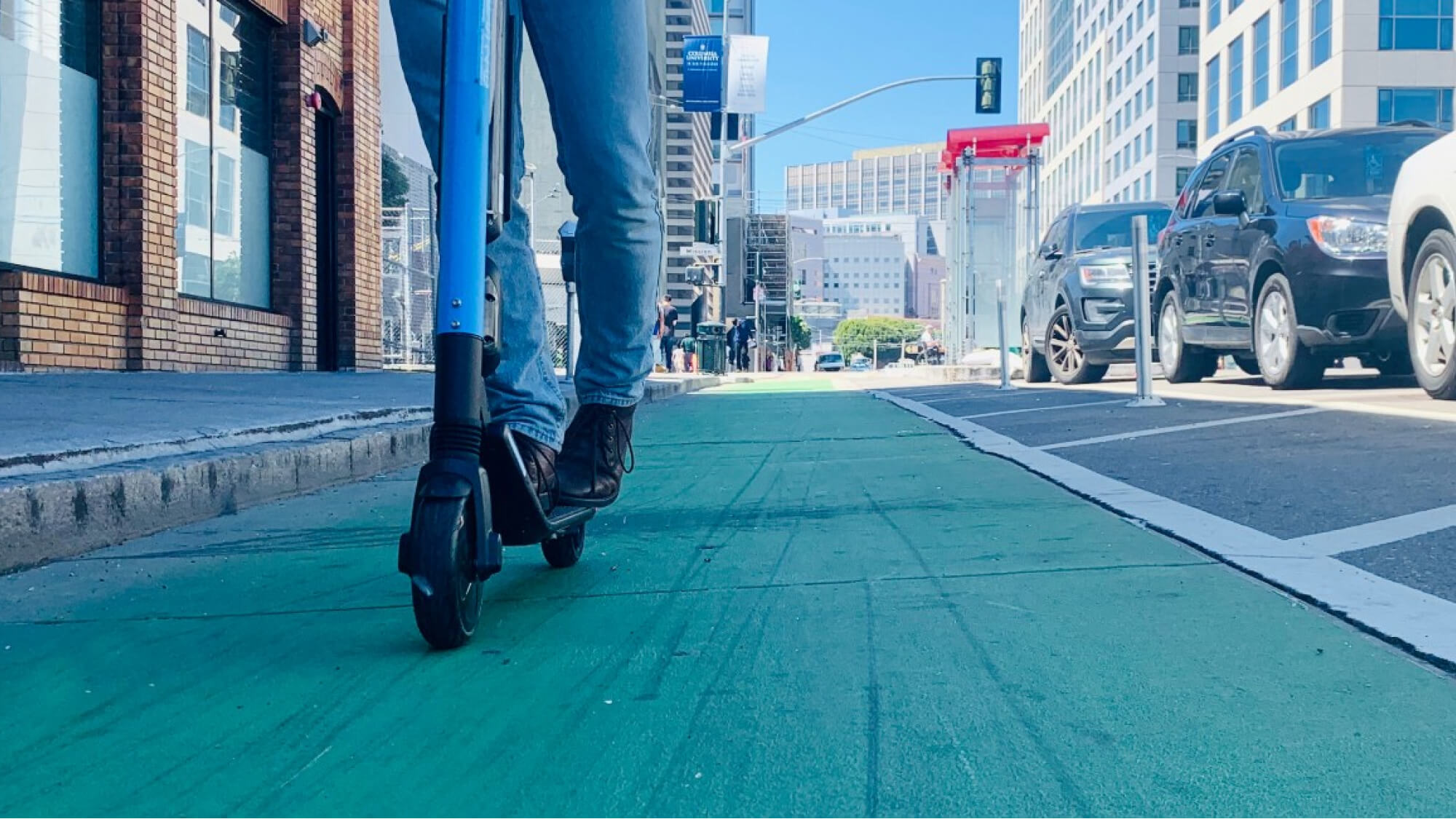 Give cities the tools they need to manage their local transportation systems.

A slew of scooter bills are winding through state capitals during this legislative session. Many of the bills contain preemption language, curtailing or eliminating completely city authority to manage and plan scooter share programs. This should concern both cities and consumers — particularly when micromobility (shared bikes, scooters, etc.) is quickly changing the urban transportation landscape and cities are grappling with how to redesign the public right of way to accommodate this shift.

Typically through constitutional authority, states gives cities the power to adopt and enforce city ordinances regulating private businesses. Cities may not adopt ordinances that directly conflict with state law. A local ordinance conflicts with state law when the legislature has made clear its intent to preempt local regulation over a specific subject. Preemption refers to denying the local authority the ability to regulate, tax, or impose rules, in this article, on shared scooters.

The issue of whether cities or states set the rules and regulations isn’t just about control. It is about who bears the responsibility and costs of managing the system. Who knows this best? The cities dealing with shared scooters or the state legislators, many of whom represent districts outside cities?

Cities have the responsibility to manage the transportation system, ensure equitable access, maintain the roadways, create safe streets and more — and they need to be empowered to monitor and encourage these outcomes quickly. Scooters have primarily rolled out in cities, and cities need to be able to understand how and where people are using these new modes so they can make infrastructure investments to support the safe operation of the program. Furthermore scooters are impacting city departments like transportation and public works, who may need to impound vehicles left haphazardly on a private yard, or blocking a wheelchair sidewalk ramp. As an illustration, imagine finding a cluster of scooters blocking a busy sidewalk. Then imagine having to report this to state regulators instead of the city’s 311 customer service system.

Cities have unique problems that states often overlook or do not prioritize. For instance, congestion impacts on local roads are primarily a city concern. Cities around the country are feeling the impact of thousands of Lyft and Uber (TNC) vehicles congesting city roadways. Cities have the responsibility to manage the local transportation system on which almost everyone, and the majority of commerce rely on a daily basis; but (with very few exceptions) cities have almost no role in managing Lyft and Uber. This role has been left to the states, which are often divorced from the reality of on-the-ground urban ktransportation needs. The National Employment Law Project reported that lawmakers in 41 states have passed laws that have taken away some or all of the ability of cities to set their own standards on the TNC industry.

This set-up doesn’t work for cities or the public who rely on an efficient transportation system!

Let’s not repeat this mistake and rely on states to set the rules for micromobility — an arguably even more localized transportation issue involving how city residents use shared bikes, scooters, sidewalks, and more. It’s true there are areas where patchwork, city-by-city regulations do not make sense (such as insurance requirements, vehicle safety and emissions standards); but there are many areas where city-by-city policy nuances do make sense. Cities should maintain authority over these polices.

Here is a sample of state preemption bills across the country and what is at stake:

"Regulation of micro-mobility devices and for-hire motorized scooters is exclusively controlled by state and federal law."

This quote from Florida House Bill 453 should be deeply concerning to cities in the State of Florida. The bill appears to legalize scooter share, but does so by establishing minimal state regulations and limiting cities’ role in managing scooters on their streets and rights-of-way. By explicitly stating regulation of scooters is exclusively the purview of state and federal law the legislature is sending a clear message to cities — even though they are your streets, the state knows best!

The Florida House Transportation and Infrastructure Committee and State Affairs Committee passed the bill with near unanimous votes in favor. However there is a competing bill moving in the Florida Senate that (SB 542) that does not appear to preempt local authority.

This is a passage from the original version of Washington State House Bill 1772.

In Washington State, The City of Seattle’s dockless program is a national example of how cities and private providers worked together to meet the needs of the local population — expanding access and ridership through thoughtful management. In its first year alone, the program saw more than 1.5 million rides. The bill, as originally introduced, would have severely limited cities’ ability to manage scooter share on their streets while creating egregious ambiguity. Who decides what “unduly restrictive requirements” are? Also, the bill appears to eliminate the potential for cities to require low-income or discounted scooter share programs, restricting the benefits of scooters for communities of concern. Worse yet, the bill would have dramatically curtailed the data sharing cities can require from mobility providers limiting their ability to discern how shared scooters are impacting the public right of way, safety, and transportation redesign needs.

HB 1772 was approved by the legislature. Fortunately, the bill was heavily amended in committee, stripping the ambiguous language restricting cities’ ability to manage the systems. As the bill was approved, the state would delegate most regulatory authority to cities. I applaud the state legislators who voted for this amendment, favoring local management rather than state control.

Massachusetts currently has more scooter-related bills than almost any other state, and a particularly concerning bill is HB 3040 because of the stance it takes on data sharing. Because shared scooters need to be permitted in most locations where they operate, cities have the ability to require data sharing that is critical for the cities’ mobility management and planning role. HB3040 would require data sharing, but only under the terms set by the Commonwealth. The City of Boston would have to agree to the scooter providers data licensing agreement before the provider would share the scooter trip data.

The City of Boston could not own the data that is arguably rightfully theirs, and the data would be classified as “proprietary”, limiting the City of Boston’s ability to use and share it. States legislatures should not be tying cities’ hands in this way, and instead they should recognize that cities know best when it comes to the need for and use of data.

Who sets the rules for micromobility isn’t about control; it’s about responsibility.

Cities have the responsibility to the public to manage and plan a safe and efficient transportation system. But states do have a role.

States should focus their role on defining and legalizing micromobility modes like shared scooters. They should focus on safety standards for the devices, insurance, and liability requirements; but leave details like vehicle speeds, parking, and use of sidewalks to cities. States should stipulate trip data sharing is required, but leave the format, fields, and ownership of data up to the cities. More and more cities are quickly becoming data savvy and know how to use, store, and protect the privacy of the data they collect.

Cities and the public who rely on an efficient transportation system are suffering under the limited and often misguided rules on private mobility providers set by states. Let’s reset the precedent on mobility management and give cities the tools they need to manage their local transportation systems.