"Why Not Be Ambitious?": Lessons from Ireland 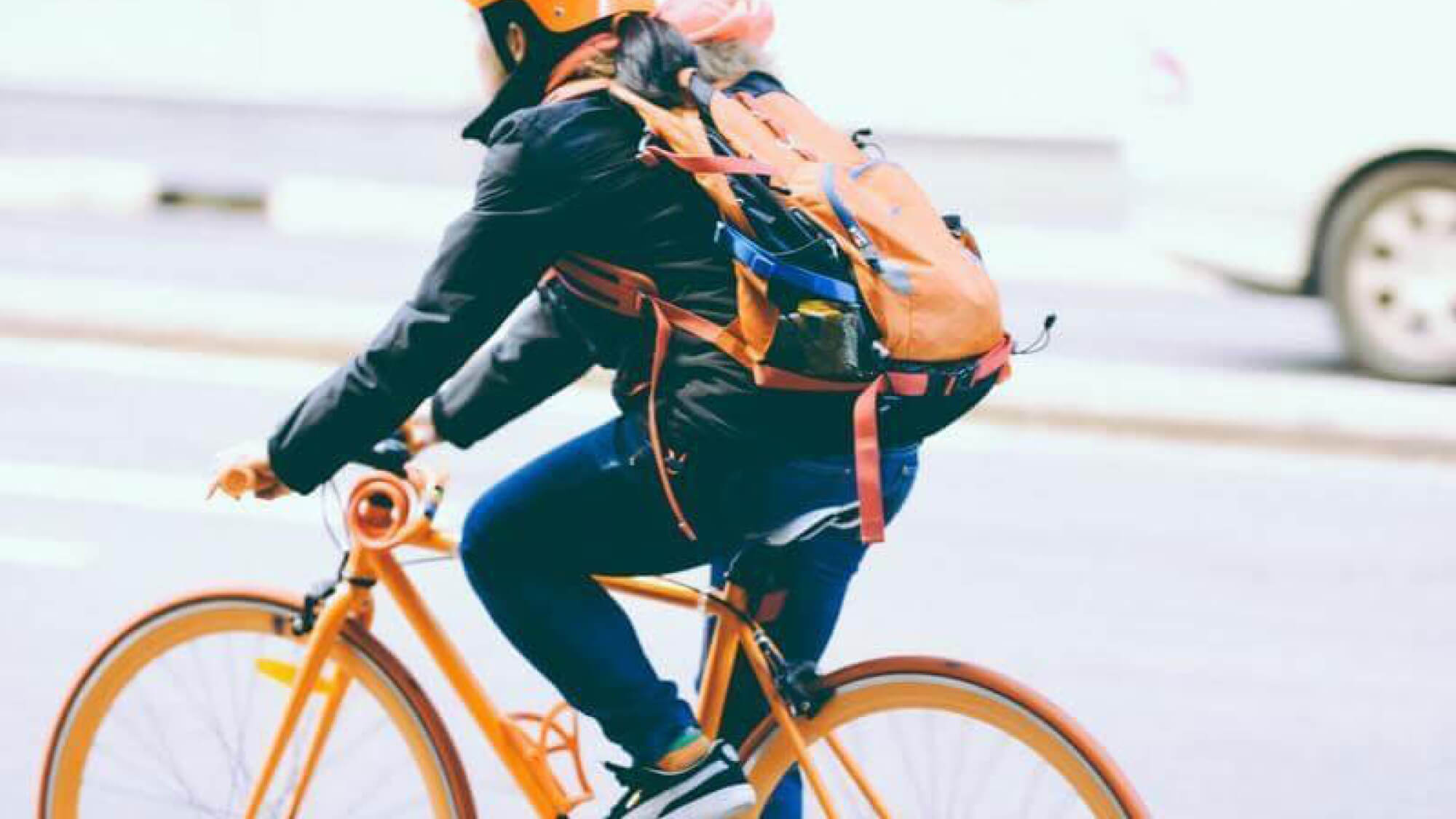 Recently, Ireland took an impressive step toward reducing its car emissions and building a society that is less car-dependent.

Recently, Ireland took an impressive step toward reducing its car emissions and building a society that is less car-dependent. Over the next five years, 20% of the country's national transportation budget will be dedicated to bicycle and pedestrian transportation and 57% to public transport. This funding move makes Ireland a trailblazer — and one of the most progressive countries in terms of active transportation funding. Governments across the world can look to Ireland as a model for creating a transportation budget that reflects a commitment to sustainability.‍

The Need for Cleaner Transportation

It's common knowledge that auto dependence majorly contributes to air pollution worldwide. According to the Union of Concerned Scientists, motor vehicles routinely expel the following pollutants into the air:

What may not be as commonly known is that outdoor air pollution is the number one environmental factor responsible for premature death, killing 4.2 million people per year. The World Health Organization estimates that globally, nine out of 10 people breathe unclean air daily. Pollution is a public health crisis. Toxic air pollution caused by vehicle emissions can cause cancer, exacerbate asthma, reduce immune system function, and damage major organs, such as the heart and brain. Pollution tends to be more highly concentrated in marginalized communities as well, making the issue of sustainable transportation an equity issue across lines of race and class.

Public health problems are only one issue caused by car-centered transportation. The widespread use of cars and trucks also drives the looming climate crisis. Cars are the number one source of greenhouse gases in the United States and a major source globally. In Ireland and across the world, planners, engineers, and other transportation policymakers are recognizing that they must step forward and take a role in creating a healthier and more sustainable society. A shift away from car-centered communities is needed to reduce carbon emissions, which will both help slow global warming and ease the public health issues caused by air pollution.‍

So how is Ireland driving change? Ireland's Green Party, led by Eamon Ryan, recently secured an annual budget of 360 million euros to fund bicycle and pedestrian transportation projects over the next five years. This sum is an unprecedented amount for Ireland and a number The Irish Times called "astonishing."

Ryan is an avid cyclist who co-owned a bicycle shop prior to his entry into politics. He campaigned on the promise that he would massively increase bicycle and pedestrian funding. Since the election in February 2020, it appears that Ryan has kept his word. His sustainable transportation beliefs represent what many Irish residents also want for the future of their country. Over the next five years, Ireland's annual transportation budget will be divided as follows:

This funding shift reflects movements toward sustainable transportation happening in other parts of Europe as well. Prior to the election, Ryan told media that Irish cities such as Dublin and Cork “should be like Copenhagen and Amsterdam.”  In Copenhagen, 62% of people bicycle to work and school. In Amsterdam, 68% of trips to work and school are by bicycle.

Ryan also remarked that Ireland should follow the lead of Paris, a city rapidly becoming more bicycle-friendly. The emergence of COVID-19 pushed Paris to speed up the development of the bicycle infrastructure they'd already begun, creating  650 kilometers of new cycleways. At least 116 other communities in France, as well as the city of Milan, Italy, are working more aggressively on active transportation systems in response to COVID-19.
‍

Remix is proud to have played even a small role in Ireland's transportation vision. Ireland's National Transport Authority (NTA) previously enlisted Remix’s assistance in helping to manage the data, analysis, and testing required to properly understand and shape their transportation systems.

The NTA oversees transportation planning in the greater metropolitan areas of Dublin, Cork, Galway, Limerick, and Waterford. Much of the suburban portions of these areas are low to medium density, which poses a challenge when it comes to determining where to locate transportation routes. Local Link, a rural transportation program, also falls under the NTA, but daily operations are managed by individual Local Link offices. This setup posed another challenge because Local Link office staff had limited tools to help them identify their communities’ transportation needs.

With Remix, the NTA has been able to ensure that their important transportation planning decisions are data-driven. Remix is helping the NTA identify where to spend the reallocated transportation funding by identifying which routes will have the greatest impact on the largest number of people.
‍

Remix is also allowing the NTA to quickly and easily visualize which residents have transportation access and which do not. As a result, they are able to provide more transportation options to marginalized communities in which fewer residents own vehicles. So far, changes the NTA has made while using Remix have resulted in an increase in passenger journeys from 1.95 million in 2018 to over 2.5 million in 2019. Moving forward, Remix can play an important role in the development of bicycle and pedestrian infrastructure in Ireland, just as it has in the development of bus routes.‍

After months of increased bicycling and reduced driving due to COVID-19, the current moment provides an exceptional opportunity. Local governments can seize this moment by investing in bicycle and pedestrian infrastructure to make their communities and the world more sustainable.

Cities are keeping a watchful eye on how transportation patterns will change as lockdowns get lifted. In China, shelter-in-place orders offered some respite from congestion and pollution, but traffic levels returned to pre-pandemic averages almost immediately after orders were relaxed. If this becomes a global trend, communities could be back where they started — diving headfirst into another public health crisis.

Now is the time we hope decision-makers across the globe will take a page out of Eamon Ryan's book and ask themselves, "Why not be ambitious?"